Stephen G. Bloom teaches narrative writing at the University of Iowa. He has been a reporter for the Los Angeles Times, Dallas Morning News, San Jose Mercury News, and Sacramento Bee. He is the author of Postville: A Clash of Cultures in Heartland America, Inside the Writer’s Mind, The Oxford Project (with Peter Feldstein), and Tears of Mermaids: The Secret Stories of Pearls.

Postville was the result of five years of shoe-leather reporting, detailing an escalating civil war between ultra-Orthodox Hasidic Jews and Lutherans in a rural northeast Iowa community.

Richard Bernstein of The New York Times called Postville “riveting....A gripping portrayal of a confounding collision, an adjunct battle in the larger culture wars, one that removes the question of diversity from the realm of abstraction and makes it prickly, difficult, and real.”

Henry Kisor, former book critic for the Chicago Sun-Times and MSNBC, called Postville one of "the most unusual nonfiction books in years... . The story of a tragicomic clash of cultures is brilliantly told, a wholly original take on what it means to be American.” 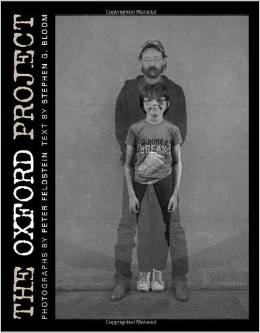 In The Oxford Project, Bloom tells the intimate stories of one hundred residents of a small American town over a twenty-three year period. Winner of the American Library Association’s Alex Award, critics have compared The Oxford Project to books by Studs Terkel, James Agee, and others.

Here’s filmmaker Ken Burns take on The Oxford Project: “What a marvelous way to get at ‘who we are’ as a people. This powerful confessional book draws its strength from the truth that so-called ordinary people, not those with bold-faced names, are actually the heroes of our American drama.”

Pulitzer Prize winner Madeleine Blais wrote in Harvard’s Nieman Reports: “By the final page you feel as if you have both read a novel and seen a movie simultaneously. What we have in this spellbinding and ambitious and eccentric volume is “Our Town” and “Spoon River Anthology” updated and revivified. We also have journalism, in words and in images, at its heart-stopping best and its most poignant.”

Steven Rea of the Philadelphia Inquirer wrote, “There's something truly remarkable about this book. Art and historical artifact, The Oxford Project provides a glimpse into a real America — not the one dreamed up, and exploited, by pandering politicians (at every point on the political spectrum). This is the real thing, riveting and revelatory.” 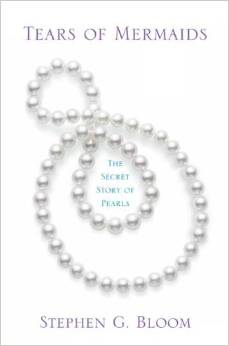 In Tears of Mermaids: The Secret Story of Pearls, Bloom interviewed more than 500 rural pearl farmers, divers, stringers, polishers, sorters, drillers, brokers — all forming a sort of global assembly line of strangers in some of the most remote, rural places on the globe. He set out to trace a single pearl, from diver’s hand to woman’s bosom.

This is what Pulitzer Prize winner Dale Maharidge wrote about the research that went into Tears of Mermaids: “Forget the Treasure of the Sierra Madre — gold is so boring when it’s up against the story of pearls. In Tears of Mermaids, Stephen G. Bloom takes you into a world of bravado and mystery as he traces, in a multi-continent quest, where pearls come from. Bloom, in league with writers who go deeper and practice what I call ‘method journalism,’ did everything but become an oyster to understand pearls. His passion for the pearl is infectious — it will be difficult for you to put this book down.” 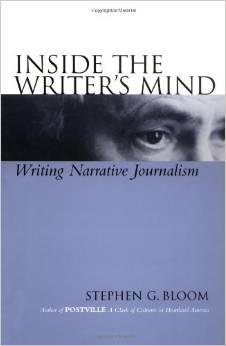 A collection of 30 of Bloom’s narrative stories, originally published in Salon, The New York Times, Los Angeles Times, Dallas Morning News, and Chicago Tribune, among other publications, Inside the Writer’s Mind is a treasury of stories. The Writer Magazine called it, “memorable nonfiction storytelling, taught by example... . Wonderfully readable.”